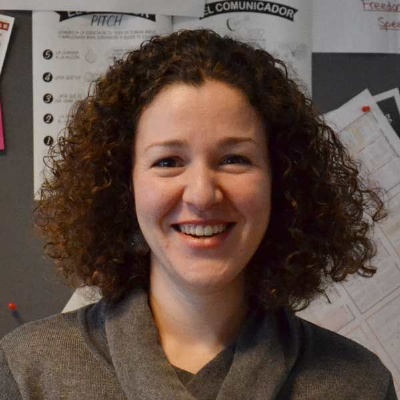 Olaya was born in Spain and she lived there until she was 17 years old, when she was awarded a full scholarship by the UWC Spanish national committee to join the then newly opened UWC Mahindra College in India (1998-2000). Her experience as the second pioneering class in such a stimulating and complex context within India made her grow in ways that she could only realise years later and that still inform part of her work today. After further education, volunteering and job opportunities in several countries, she worked from 2008 to July 2014 for the UWC Spanish Committee Foundation, first supporting the project to develop a UWC College in Spain and later on as one of the co-founders of the UWC Spanish summer programme Action x Change, which she coordinated for its first three years. In addition, Olaya supported the International Office in part of the efforts on capacity building among national committees in the MENA region, including support to selection processes in Morocco, Egypt and Jordan. As an alumna, Olaya was also involved in the Spanish UWC selection processes from 2008 to 2015 and held several roles within the Alumni Association. Since August 2014, when she moved with her husband (also a UWC alumnus) and older son to the Netherlands, she has been working at UWC Maastricht.

“For the last nineteen years UWC has been my life. From being a student, to an alumna, to volunteering during selection processes, to eventually working for my national committee. Creating a multicultural family with one of my Indian co-years at UWC and holding dearest friendships since then are all layers of that experience. For me my work at UWC Maastricht is not a job but a way of living and I feel proud of working in such an environment and being also an intrapreneur. We are lucky here that innovative proposals are considered and often taken on board for the betterment of the students’ experience. Being a mentor to the students within the residence or for their projects is by far one of the most rewarding and challenging experiences an educator can have. Witnessing so closely the development of these students reaching their potential is incredible and only adds to our sense of idealism…because they will make a difference!”